There has been a huge amount of press recently about who has whose data and what they can or cannot do with it. The European Union is getting heavy with Google. Two groups of iPhone and iPad users are suing Apple, claiming apps on the devices leak personal data. In this month’s (March 2011) PCPro, Barry Collins talks about how our actions on line are driving the advertising content that is served to us. Do you want disparate advertisers to know what you’ve searched for recently? Is that just an invasion of privacy or have you let company secrets leak out too?

Despite all this, the march into the cloud of data and services continues. Are we walking blindly into a meltdown?

There is a lot of talk in the film and television industry right now about Software as a Service and Cloud based computing. You can tell that it is a bleeding edge type of industry, can’t you. After all, the rest of the world started talking about these ideas 10 years ago when the television industry still thought magnetic tape was high-tech (some still do, but their pensions are beckoning).

Jon Honeyball in Feb 2011 issue of PCPro: “The unfortunate reality is that we have allowed companies such as Google to hoard our stuff wholesale, with no controls or validation by us. We routinely allow online services to trample over any concept of privacy and control, while effectively providing others with the means to hoist us by our own petards.” 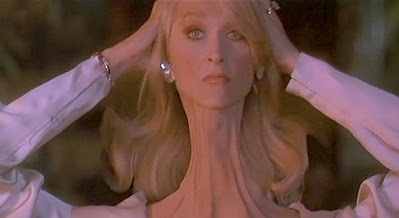 For those of you who are not been involved in film or television production, you’ll need to understand how touchy folks can be. One year, early on in the adoption of digital film production, a customer rang me with a problem. The software I’d written had crashed when loading some of their images. This was a high profile customer, a key early adopter of the product, so we were immediately ready to do whatever it would take to sort the problem out. “Really sorry about that” I answered, “just send one of the images over and I’ll fix it right away”. “Can’t do that” came the response “it shows Meryl Streep’s face”. “Promise to delete it”, “nope”, “promise not to look”, “nope”, “aww, come on guys, you know us, you can trust us”, “nope”.

I’ve always suspected that the media creation industry would be one of the last to push customer data into the cloud. Not only is it sensitive, but it is huge: a modern digital film production can consume tens of Terabytes. What is happening, and should perhaps be of far more concern to the deeply secretive film production industry, is that metadata is going onto the cloud.

Metadata in the film and television industry means pretty well all the data that surrounds a production that is not actually audio or video media. So that would be scripts, storyboards, production notes, continuity shots and notes, edit decisions, colour grading decision, camera and lens data, you name it: it is being captured on a multitude of devices and handed around like sweeties at a kid’s party. It is generously spread over tablets, phones, personal laptops and memory sticks with little regard to security. Yet the metadata, more than anything else, defines the production. Should Meryl Streep be more worried about the notes of her hairdresser, speech coach and make-up artist, than her photograph? I don’t know, maybe she would be happy to share with the world the director’s comments after she fluffed the first few takes of a shot?

Now, where are the terms of service for Google Apps that I ticked without reading…?

There is a hole in my product

The Danger of the Engineer who Can