Then there are other types of projection which use modified projection rules such as architectural plans and elevations. All of these are useful in that they let us work with a subset of the original data set, and do so remotely from it. We can measure distances, or study sight lines, compute materials and demonstrate layout, but we must remember that they are a simplification of the scene or object. Optical illusions remind us of the perils of that simplification. 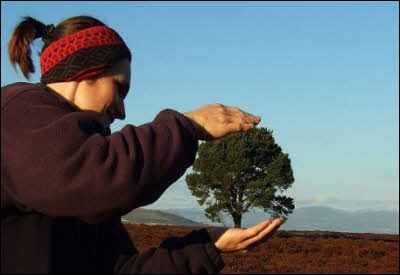 We can think of projection as just a way of producing a simplified view of a complex dataset.

Anyone who has studied an MBA, used a management consultant, or just read a management book will have come across one of the many “frameworks” that exist. You may even be a fan of Porters Five Forces, the Boston Consulting Group Matrix, or Collins’s Good-to-Great Matrix of Creative Discipline (no I’m not joking). In fact I think 80% of management theory is represented either in 2-by-2 matrices or alliterative lists such as the 5Ps. So frequently is the 2-by-2 matrix used that during my MBA any lecturer who drew one would be greeted with an audibly groan from the students. I mean, even for the spatially and creatively challenged management gurus, a 2-by-2 matrix is pretty lame.

Then it struck me.

Management, in my experience, is about getting a huge number of different things right simultaneously. Like Heracles fighting the Hydra, every time you get one of the many issues sorted, another two sprout up in its place. So the state of a business at any one time is a vastly complex dataset, tightly linked to a bunch of equally complex markets.

So, representing this in a 2-by-2 matrix is achieved by reducing all of that down to just 2 or 3 variables. Phew! That’s going to make it a lot easier to understand, isn’t it?

Like an architectural plan, it can be a helpful way of looking at the business. We temporarily ignore a whole set of annoying issues and focus on just one view. Like an architectural plan, we have to remember that it is a huge simplification. It is just one of an infinite number of different views, none of which reveal the true complexity of the problem. Ignore that fact and you can end up thinking you are a giant, when in fact you’re a pipsqueak.

The Poverty of Business Plans

Your strategy is in your DNA